According to Ancient Wisdom the Seven Sacred Planets are most valuable and important when they are RETROGRADE! 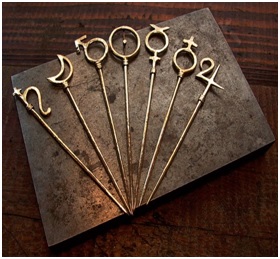 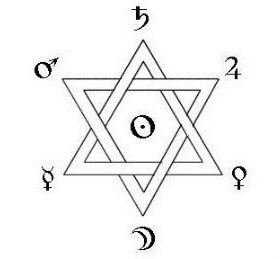 These planets are sacred to us because they are conscious entities cooperating in the spiritual growth of planet Earth – which is not a sacred planet, but in the process of becoming sacred.

“The seven rays are the sum total of the divine Consciousness, of the universal Mind; They might be regarded as seven intelligent Entities through Whom the plan is working out.’

“A ray is but a name for a particular force or type of energy, with the emphasis upon the quality which that force exhibits and not upon the form aspect which it creates.  This is a true definition of a ray.”

These Seven Rays effect ALL of life, in all its forms and energies:  the Human being, the Devas and the Elementals of nature such as the flowers, fruits, vegetables, birds and animals, as well as the Devas of Fire, Earth, Water and Air.

Who are the seven sacred planets?

The seven sacred planets are connected with seven groups of divine beings known as Dhyan Chohans – or seven planetary spirits.

The 12 zodiac signs of Aries through Pisces all have traditional and esoteric planetary rulers. The influence of the esoteric ruler of the Sun- sign increases as we spiritually progress and our Soul is able to respond to these higher frequencies.

Esoteric astrology teaches that we reincarnate in all the Sun- signs many times in the course of our soul’s evolution.

How is humanity susceptible to the energy of the retrograde planets?  For those on the Path they offer the opportunity to increase Spiritual Development by focused study, meditation and by tuning into the Esoteric side of the planet.

For those not yet on the Path retrograde energies offer the opportunity to re-do, re-think, re-evaluate past actions more in line with the Souls growth…should one choose to listen to their inner sacred voice.

I highly recommend the following video on YouTube by Justin Wilkinson.  It explains further what the 7 Rays are all about.  The video is about 36 minutes AND simply beautiful!  Take the time to view it – use the time as meditation.  Click to play.

About the Author: Karen

Hi. My name is Karen Kay Pearson, and I’m a professional Astrologer and Teacher. When I am not looking at astrology charts, I love spending time with my Pekinese dog Whisper. I am also an artist – acrylic and water colour. And for total relaxation I enjoy walks on the beach.